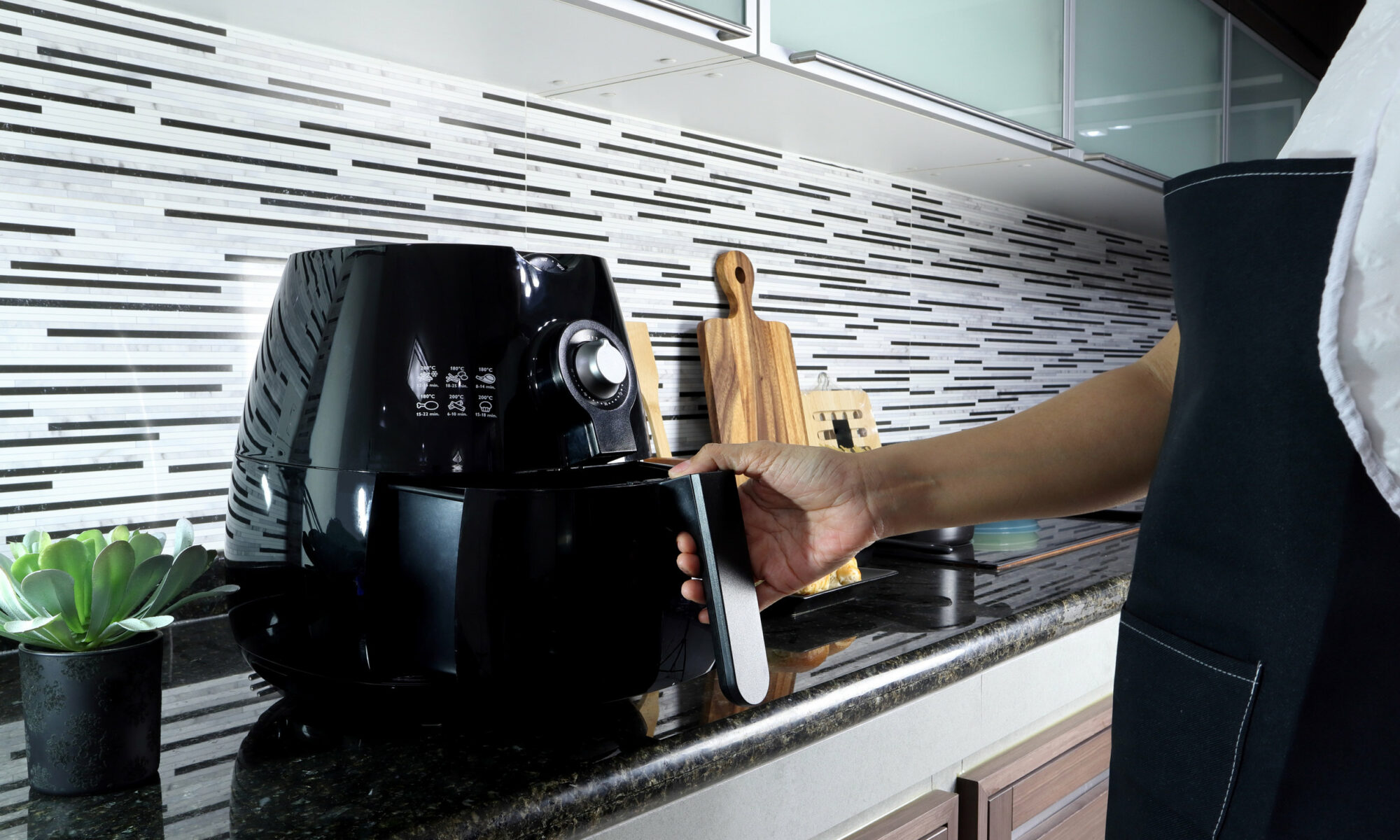 Advertised as a better way of frying our favorite foods, air fryers have become a popular kitchen appliance. It is believed that they can reduce the fat content of such foods as French fries, onion rings, fried vegetables, potato chips, and more. But you may be asking, is air frying healthy? Read this article to know if using an air fryer is beneficial to your health.

What Is an Air Fryer?

Air fryers are usually square or egg-shaped kitchen appliances. You’ll put the food you want to fry into a slide-out basket. If you prefer, you can first toss a light coating of oil on the items you’re planning on frying.

Then, a fan pushes heated air (up to 400 degrees F) around the food. The circulating air will cook the outside part of foods first, creating a crispy brown coating, while keeping the inside part soft. As the food cooks, the container below the basket catches any fluids that drop.

Air-fried foods are advertised as healthier alternatives to deep-fried foods, because they reduce their fat and calorie content. Instead of completely submerging the food we fry in oil, air frying requires a minimal amount of oil (just a tablespoon) to achieve the taste and texture similar to deep-fried foods.

What Foods Can You Cook in an Air Fryer?

An air fryer can cook almost anything that you would like to fry in oil, such as:

Some models are like conventional ovens because they have toast and bake settings. You can use such models to roast vegetables or bake brownies. One disadvantage of such devices is the small basket size, which leaves little space for you to cook an entire family meal.

Is air frying healthy? The next sections will discuss that in detail.

Using an Air Fryer Can Reduce the Fat Content of Foods

Deep-fried foods are usually higher in fat content than foods cooked using other methods. Some brands claim that by using an air fryer, the fat content of fried foods can be reduced by up to 75%.

This can be attributed to the fact than an air fryer requires significantly less oil than a traditional deep fryer. While many recipes for deep-fried foods require 750 ml (3 cups) of oil, air-fried foods only need about 15 ml (1 tablespoon) of oil.

This means that deep fryers are using up to 50 times more oil compared to air fryers. Although the foods don’t absorb all the oil used in cooking, using an air fryer can significantly cut down the overall fat content of your fried foods.

Reducing the fat content of the food you eat can improve your health a lot, because a high intake of fats derived from vegetable oils has been linked to a higher risk of medical conditions such as inflammation and heart disease.

Using an Air Fryer May Be Beneficial for Weight Loss

Deep-fried foods are not just higher in fat. They are higher in calories and may also contribute to weight gain.

If you are already gaining weight and looking up to trim your waistline, replacing deep frying with air frying will be a good start.

Since foods cooked in air fryers are lower in fat compared to deep-fried ones, switching to an air fryer can be an easy way to reduce your calorie intake and help you manage your weight.

Air Fryers May Possibly Reduce the Formation of Acrylamide in Frying

Aside from being higher in calories and fat, did you know that frying certain foods can create a dangerous compound? Acrylamide is a compound that is formed in carbohydrate rich foods during high temperature cooking like frying.

Acrylamide was first discovered in certain foods in 2002 as described in a report by the FAO (Food and Agriculture Organization of the United Nations) and WHO (World Health Organization) — Health Implications of Acrylamide in Food.

The International Agency for Research on Cancer classifies acrylamide as a “probable human carcinogen,” meaning that research has shown that acrylamide may be associated with cancer development. The Environmental Protection Agency also said that acrylamide is “possibly carcinogenic to humans”.

That said, it is important to note that there may be other harmful compounds that can be formed during the process of air frying. Potentially dangerous chemicals such as heterocyclic amines, polycyclic aromatic hydrocarbons, and aldehydes are formed during high-heat cooking, and these may be linked to a higher risk of cancer.

More research is needed to determine how air frying affects the formation of these compounds.

Benefits of Using an Air Fryer

Air-fried foods may be considered healthier than deep-fried foods for several reasons. They are lower in fat, calories, and some harmful compounds found in ordinary fried foods. If you want to lose weight or reduce your fat intake, using an air fryer is a better option than deep frying.

However, bear in mind that just because it is a good alternative to deep frying doesn’t mean that it is the best option to take when it comes to your health in general.

Although air-fried foods may be better for our health than deep-fried foods, it is important to remember that in some ways, they are still similar to fried foods.

Frequent eating of fried foods has also been associated with some health conditions, such as high blood pressure and type 2 diabetes.

Limiting your consumption of fried foods will help promote better health. Instead, opt for healthier cooking methods like steaming, boiling, and baking to help prevent the negative effects of fried foods.

So, is air frying healthy? The answer is maybe. Compared to deep frying, the use of an air fryer lowers the amount of calories, fat, and harmful compounds in food.

Although air frying may be a better option than deep frying, limiting the intake of fried foods is still the best way to be healthy. To put it simply, don’t use air frying as an excuse to eat more unhealthy foods. But if you’re in the market for an air fryer, you can shop for air fryers here.

FITin56 is a revolutionary home fitness program that can help people get fit and stay fit! Sign up to learn how to gain access to our exercise and nutrition plans. You’ll also receive newsletters about our informative articles!

We use cookies to ensure that we give you the best experience on our website. Continued use of this site indicates that you accept this policy. Read more. Accept
Posting....