You might have heard about acrylamide in the media. This is more than just a buzzword, though. Acrylamide is a chemical that can be found in foods that have been processed at high temperatures. Deep frying, baking, and roasting can cause the formation of acrylamide in foods. Acrylamide is created in these foods by a chemical reaction with the actual amino acids and sugars found in the food. So what is acrylamide?

Acrylamide is a chemical which is used mostly in making acrylamide copolymers and polyacrylamide which is found in the production of plastics, dyes, paper, and also used for treating wastewater and potable water. These chemicals are also found in various adhesives, caulking materials, and food packaging.

Acrylamide can develop in various foods that contain the amino acid asparagine. When these foods are heated past a certain temperature and they also contain certain sugars, acrylamide is formed. This typically occurs when frying carbohydrate-rich foods. Tobacco smoke also contains acrylamide. 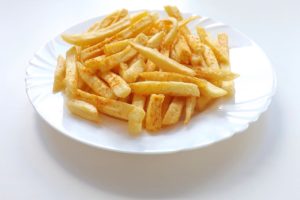 One of the main sources of acrylamide is frying potatoes. When these vegetables are made into french fries or potato chips, they develop varied levels of acrylamide. Other foods that contain this substance to a lesser extent are cookies, various cereals, crackers, canned black olives, coffee, prune juice, and even bread. 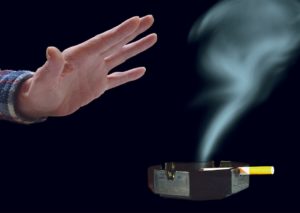 The main source of acrylamide in humans is from tobacco smoke, followed by eating foods exposed to extreme heat for longer periods. No acrylamide has been found in fish, meat or dairy products. In industrial settings, the exposure is normally regulated, reducing the chance of being contaminated with the chemical. The World Health Organization (WHO) published a report which recommends continued efforts in reducing acrylamide in foods.

What Are the Risks of Acrylamide in Our Bodies?

Acrylamide can increase the risk for cancer as it is converted to glycidamide in the body which is known to cause DNA damage and mutations of cells (in laboratory studies on rats). Further studies are needed to determine the effect in humans, but it is currently listed as a carcinogen due to the studies done to date. Acrylamide can cause neurological damage at high levels in the human body as well.

While the entire risks of acrylamide are not yet fully known, it is well-accepted that acrylamide is a carcinogen, and therefore should be avoided. This means you should reduce or eliminate your consumption of fried carbohydrate-rich foods like french fries, which are also bad for you because of the high fat and calorie content. Instead, focus on a more a balanced diet that is rich in nutrients and contains more fruits and vegetables.